Stuff the Bus for Pinellas Schools 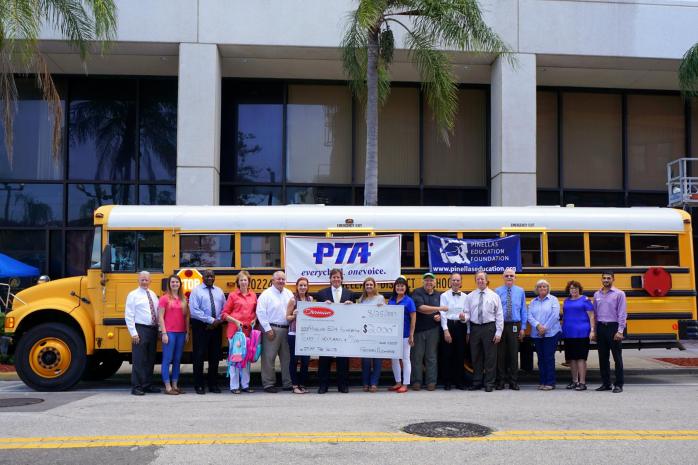 “Stuff the Bus” is a campaign to provide school supplies for children in Pinellas County schools. Allen Craig of Ferman Auto Group and Bob Passwaters of Hooter’s brought cash contributions, while others brought backpacks, writing supplies, and the like during today’s drive. — with Dr. Grego, George Cretekos, Allen Craig and many other heroes at Clearwater Regional Chamber of Commerce.

At the end of the drive, the bus was full of supplies–thanks to the Clearwater Regional Chamber which helped organize the drive and to all who participated in this campaign as well as those held before classes started. — with Dr. Grego, Mayor George Cretekos, Allen Craig, Bob Passwaters, Peggy O’Shea, and Chuck Warrington.